United Nations peacekeepers were at the scene, working to prevent conflict between the two sides.

On December 4, the Israel Defense Forces launched Operation Northern Shield, an effort to find attack tunnels dug into Israeli from southern Lebanon by the Hezbollah terror group. So far, the Israeli military has said it’s uncovered four such tunnels but knows of the existence of several more.

The operation has raised prospects of a possible fresh conflict on the volatile border, though Lebanon has downplayed chances of war so long as Israeli troops do not cross the border. UN peacekeepers have also stepped up patrols to ensure the frontier remains calm.

The IDF said Monday it placed rolls of concertina wire on the Israeli side of the Blue Line, the armistice line that acts as a de facto border between the two countries. The army said it had coordinated its activities with the UN Interim Force in Lebanon, known by its acronym UNIFIL.

The Lebanese military, however, objected to the concertina wire’s placement and approached the area in an apparent effort to remove it.

Video from the scene showed Lebanese soldiers arguing with unarmed UNIFIL officials and Israeli troops about the exact location of the border.

“You told us it was behind the tree,” one of the Lebanese soldiers is heard saying.

The IDF said the altercation never escalated to violence. Both sides eventually left the area.

This weekend, the Israeli military uncovered a fourth cross-border attack tunnel that it says the Hezbollah terror group dug into Israel from southern Lebanon. 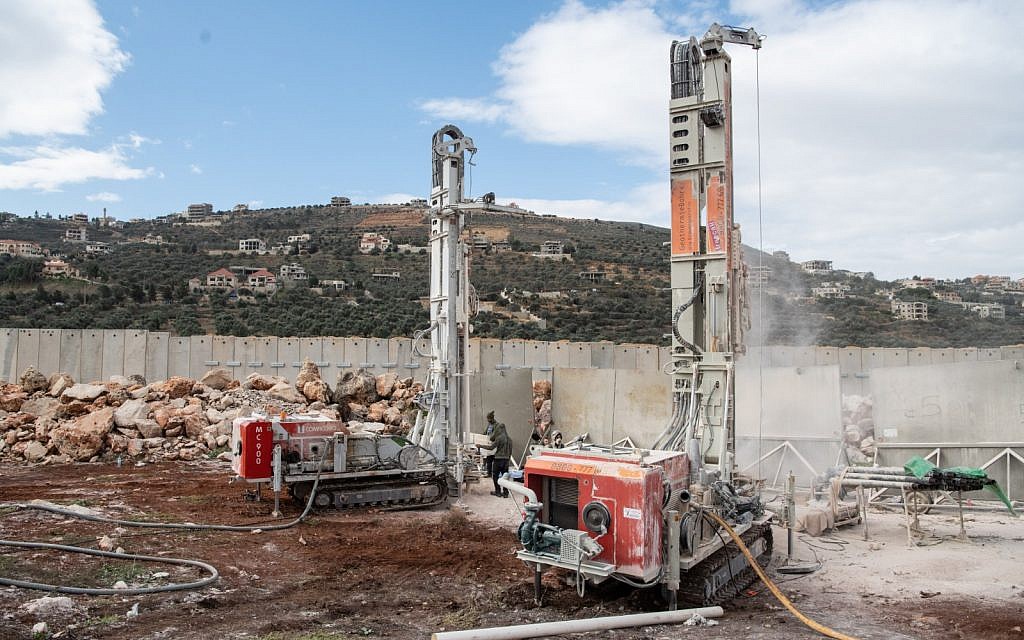 The Israeli military drills into the soil south of the Lebanese border in an effort to locate and destroy Hezbollah attack tunnels that it says entered Israeli territory, on December 5, 2018. (Israel Defense Forces)
Click here to read the remainder of this extensive report on TimesOfIsrael.com.