The Major General tweeted the following:

Tweet 1/8
Trump’s declaration on US forces withdrawal from Syria is a significant step, but there’s no reason to panic. 2000 US troops came to Syria to fight against ISIS and had no authorities to act against Iran. 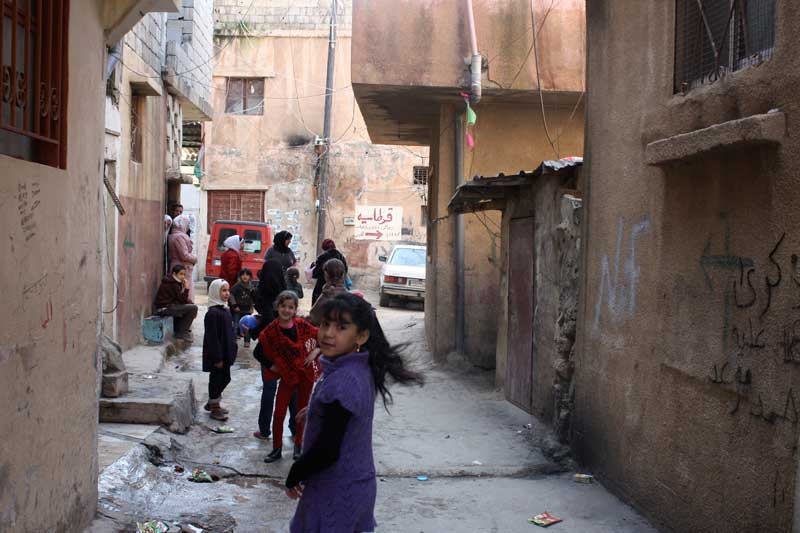 The United Nations Relief and Works Agency for Palestine Refugees (UNRWA) has denied responsibility for the death in Lebanon this week of a three-year-old Palestinian boy from the Nahr al-Bared refugee camp, after Lebanese hospitals refused to receive him because his parents were unable to cover the cost of his medical treatment. Pictured: The Wavel Palestinian refugee camp in Lebanon, administered by UNRWA. (Image source: European Civil Protection and Humanitarian Aid Operations/Flickr)

According to the Office of the UN High Commissioner for Refugees (UNHCR), “legal prohibitions persist on access for Palestinian refugees to 36 liberal or syndicated professions (including in medicine, farming, fishery, and public transportation)… In order to work, Palestinian refugees in Lebanon are required to obtain an annual work permit. Following a change in the law in 2001, Palestinian refugees are reportedly prevented from legal acquiring, transferring or inheriting real property in Lebanon.”

Pictured, UNRWA-funded School Book illustration for 3rd graders depicts a “Free Palestine” – where Israel and all Jews are genocidally cleansed from the land.

Hamas and Palestinian Authority Presiden Mahmoud Abbas’s Fatah increased their inciting rhetoric in recent months, ahead of last week’s wave of terrorism in the West Bank, according to a new report by the Strategic Affairs Ministry.

The study found a sharp rise in calls by Hamas to attack Israelis in the West Bank in October and November. Last week, Palestinian terrorists killed three Israelis, including a three-day-old boy whose birth was induced after a Hamas member shot the baby’s pregnant mother, and injured several others.

Prime Minister Netanyahu, at the Foreign Ministry in Jerusalem, addressed a conference of Israeli ambassadors to Latin American, Asian and African countries. Following is an excerpt from his remarks:

“A great change has been created here. The Arab world needs technology and innovation. It needs water, electricity, medical care and high-tech. There is a growing connection between Israeli companies and the Arab world.

Nearly half a million Palestinians have gathered for an afternoon rally commemorating the 31st anniversary of the founding of Hamas, the Islamist government in the Gaza Strip.

Schools of all levels, including Al-Azhar University in Gaza City, have announced the suspension of classes for the day to allows students to attend the Hamas rally.

Ismail Haniyeh, Hamas' political chief, said in a speech at the rally that a technological device had been seized from the Israeli military after an undercover operation in Gaza was exposed last month, resulting in the death of an elite Israeli soldier and seven Palestinians and sparked the most severe escalation in violence between the sides since a 2014 war.