Actual communities, not just online forums, are seen as key to encouraging Israeli girls and women to enter high-tech careers and flourish at work.
By Abigail Klein Leichman for Israel21c.org

It’s no secret that men hold most of the senior positions in government, academia and industry. Girls are a minority in STEM (science, technology, engineering and math) classes and women are a minority in the high-tech workforce.

“When I was starting out in tech, it felt natural to me that this area was dominated by men, and I learned to live with it. Today, I understand that not only do things need to change, but I can personally be a part of the solution,” says Microsoft senior program manager Shira Weinberg, cofounder of LeadWith, a nonprofit organization empowering the female tech community in Israel. 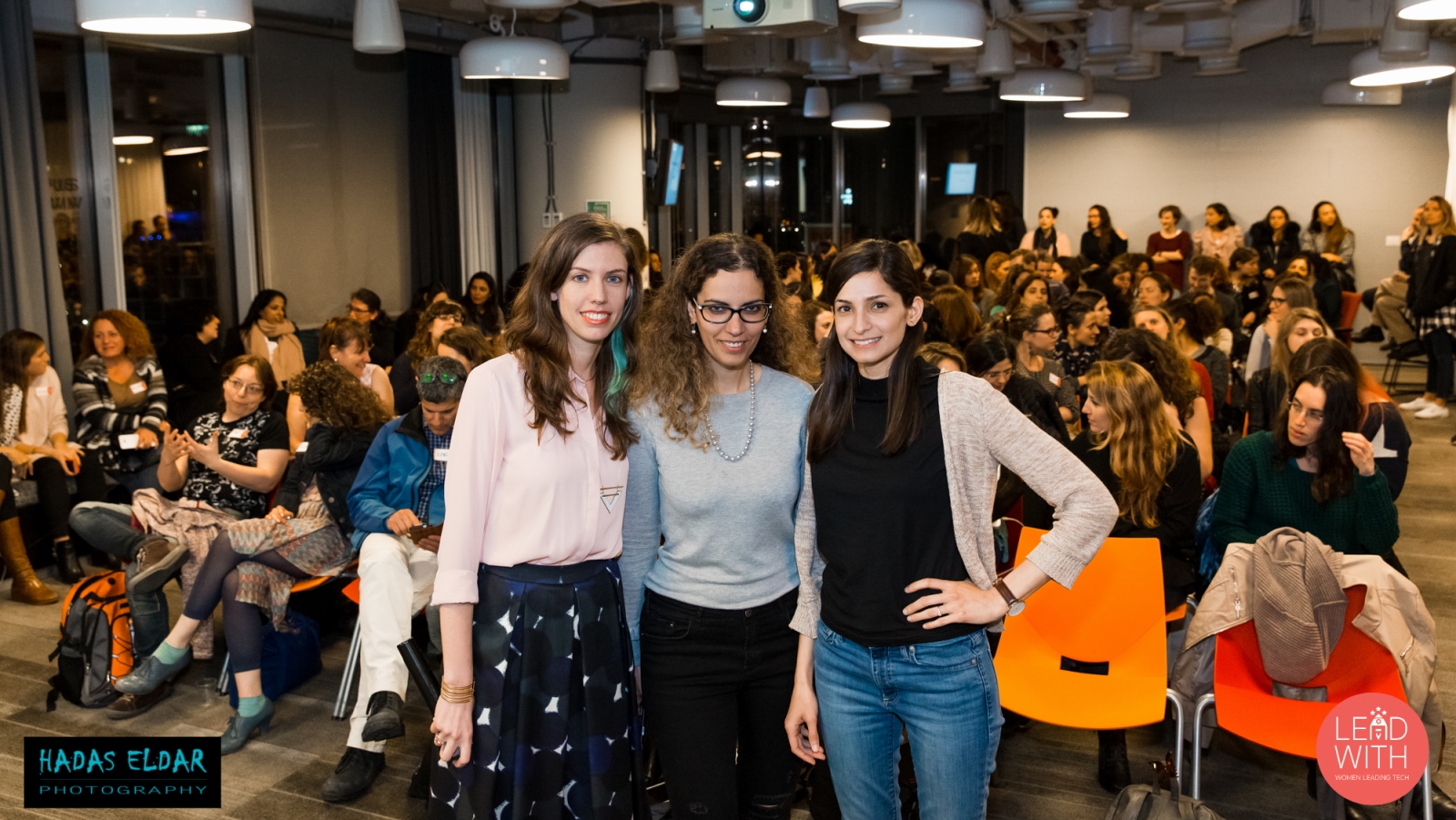 “By encouraging women, providing them with the right tools and knowhow, we can reduce the gender gap in the industry and shape the way it will be in 20 years’ time,” says Weinberg, 32.

She founded the group in 2016 with Dalit Heldenberg, head of product at Workey. Companies such as Microsoft, Google and Wix provide space and refreshments.

“Our first meetup we had no idea what we were getting into,” says Weinberg. “We thought we’d get 50 women and actually 200 registered.”

The community now includes 1,600 women in high-tech, from entrepreneurs to developers to product managers, in their mid-20s to mid-40s. Most meetups take place in Tel Aviv and Herzliya.

“We have events every month or two that usually include a main session on providing concrete soft skills that people can use the next day at the office. Every two months, volunteer mentors give 30-minute one-on-one sessions with mentees we’ve matched them with in advance. And we have a nine-week accelerator program for entrepreneurs in very early stages, in cooperation with the Wix Hub,” says Weinberg.

About 40 of each teamed up to find high-tech solutions for a simulated attack on a nuclear reactor’s computer system. 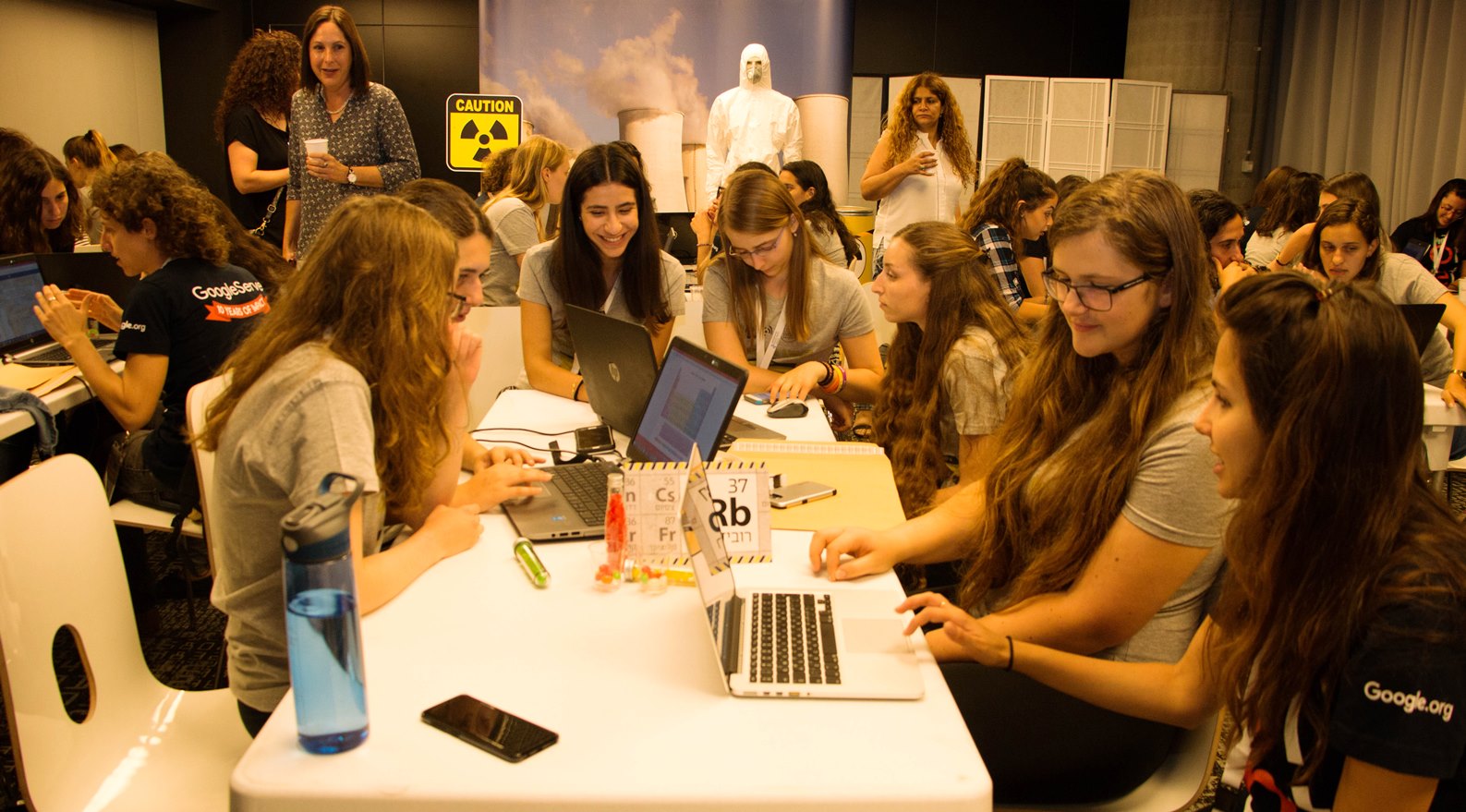 CyberGirlz manager Tali Ben Aroya, 32, was the only woman product manager in a company in the United States five years ago. Back in Israel, she entered a startup hub to launch a business and again was the only woman.

“It really bothered me and I realized it shouldn’t be like that,” Ben Aroya tells ISRAEL21c.

While working at the Rashi Foundation part time to fund her startup, she saw that girls comprised less than 20 percent of the high school students in Rashi’s Magshimim cyber-education program in periphery towns.

“I realized that making cyber exciting for girls is a marketing issue,” says Ben Aroya. “I talked to teachers and mentors in Magshimim and decided to establish a separate program. Last summer we unofficially launched with a camp for 150 girls.”

Read the remainder of the above article on Israel21c.org

Above video published on Nov 3, 2016 via the 2geeks1city YouTube channel – The Startup Nation and the land of Chutzpah is an amazing place if you love technology and trends. Open, creative, smart…The feeling you have after spending some days in Israel will be with you forever. We analyzed the second most important startup after Silicon Valley with 7 amazing people. Watch this video and you will learn why this is the “Startup Nation”.

Thanks to (in order of appearance):