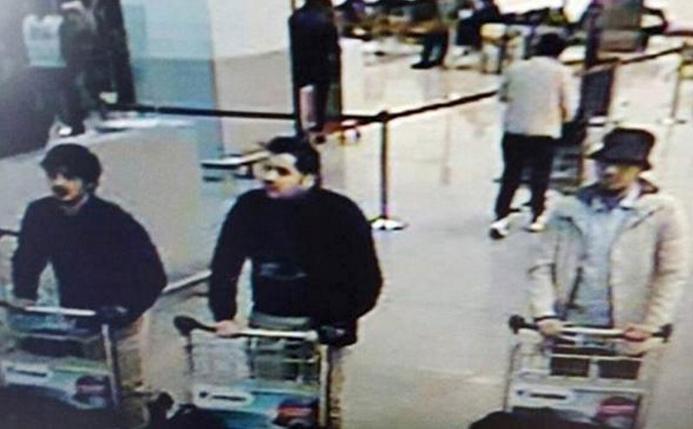 This CCTV image from the Brussels Airport surveillance cameras made available by Belgian Police, shows what officials believe may be suspects in the Brussels airport attack on March 22, 2016.
(Reuters/CCTV/Handout via Reuters)

Two brothers who carried out suicide bombings in Brussels this week were known to U.S. government agencies before the attacks, according to two sources familiar with the matter.

The sources said that Khalid El Bakraoui and Brahim El Bakraoui were both on U.S. government counterterrorism watch lists before the March 18 arrest of Salah Abdeslam, a French national whom prosecutors accuse of a key role in the Nov. 13 Paris attacks.

Belgian prosecutors have identified Brahim El Bakraoui as one of two suicide bombers who attacked Brussels’ Zaventem Airport, while they say Khalid El Bakraoui was the man who carried out a suicide bombing at Brussels' Maelbeek Metro station, near European Union headquarters.