Sanctions against Iran are going forward at a rapid pace. Today we feature (Article 1) Secretary of State, Mike Pompeo, making very clear that Iran’s continued proxy battles around the world will be met by US force directly against Iran, the source.

See the sanctions hard at work in China (Article 2)!

ARTICLE 1 –
Pompeo: Iran will be held accountable
by Zachary Cohen and Jennifer Hansler for CNN, December 13, 2018

But while allies echoed some of Pompeo’s concerns, the divide between the US and nations remaining in the Iran nuclear deal was abundantly clear yet again.

Pompeo again claimed that Tehran has increased its ballistic missile activity since the Iran nuclear deal took effect in 2016 and defended the Trump administration’s decision earlier this year to withdraw from the agreement.

South Pars is the world’s largest gas field and CNPC’s investment freeze is a blow to Tehran’s efforts to maintain financing for energy projects amid the re-imposition U.S. sanctions on its energy sector earlier this year.

Iran said on Nov. 25 that CNPC replaced Total (TOTF.PA) as the operator of Phase 11 project at South Pars after the French company ended its participation rather than violate the sanctions.

Fatah placed the blame for the attack on Israel.

A Palestinian man this week attended a Knesset meeting and described torture he was subjected to while in the Palestinian Authority’s custody for collaborating with Israel and preventing terror attacks. In rare Knesset discussion, Walid says he and other suspected collaborators were forced to carry heavy cinder blocks; official says government seeking to up pressure on Ramallah.

Tearful and angry, the man recounted his detention during an unusual discussion on Tuesday at an Interior Committee discussion that dealt with Israelis and Palestinian collaborators arrested by the PA, which was called following the arrest of a different man, Isaam Akel, two months ago on suspicion of selling land to Jews.

ARTICLE 5 –
The Hamas Plan to Take Judea and Samaria
by Khaled Abu Toameh for GatestoneInstitute, December 13, 2018 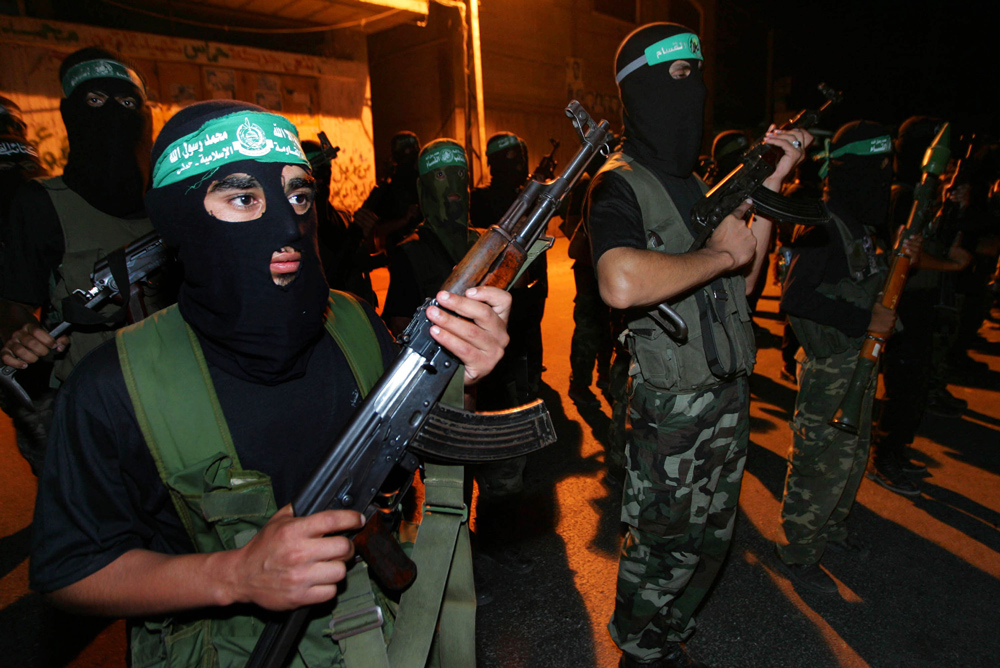 Hamas and its allies are openly working to export their “armed struggle” against Israel beyond the Gaza Strip and ultimately to take control of the Judea and Samaria. Pictured: Masked Hamas terrorists. (Photo by Abid Katib/Getty Images)

Hamas and its allies are openly working and encouraging the eruption of a new anti-Israel uprising in the West Bank, and they have been emboldened by the recent failure of the UN General Assembly to adopt a US-sponsored resolution condemning Hamas and other Palestinian groups for firing rockets at Israel and inciting violence.

The Hamas-engineered attacks are not only a threat to Israeli civilians and soldiers; they also undermine the Western-funded Palestinian Authority (PA) of Mahmoud Abbas. Each “successful” attack carried out by Hamas earns it more popularity in the West Bank, at the cost of Abbas and his regime.