Please look forward to our world premiere Documentary presentation by Edwin Black
in the month of December, 2018
at http://uc4i.org/truth 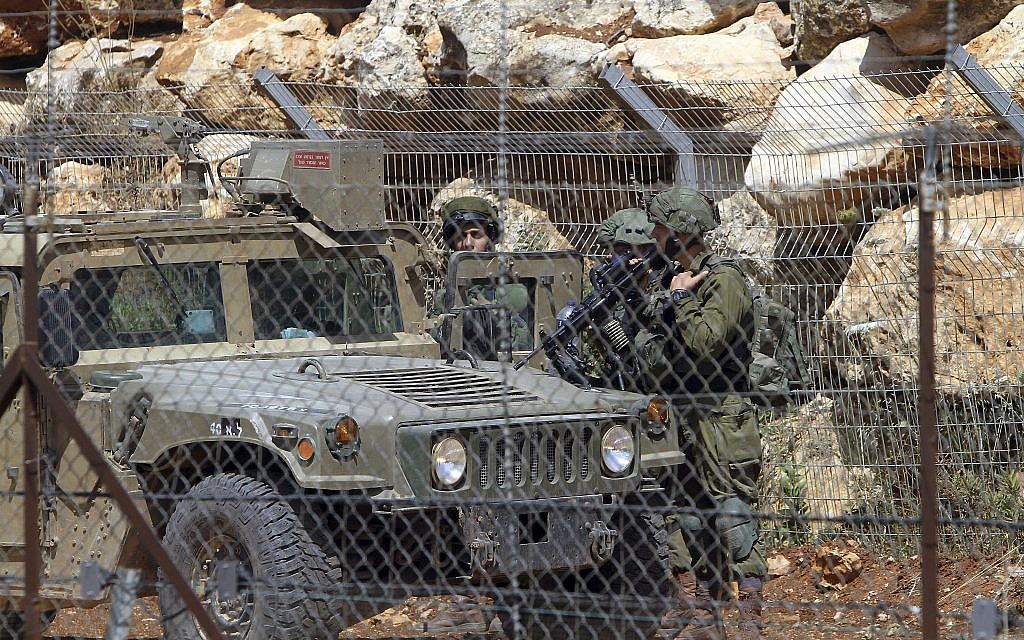 The military said it believed these tunnels were for offensive purposes, unlike the tunnels and underground bunkers used by Hezbollah during the 2006 Second Lebanon War, which were primarily used for its defensive strategies.

Conricus said the tunnels “are not yet operationally ready” and therefore did not pose an “immediate threat.”

Israeli Prime Minister Binyamin Netanyahu on Monday met with top American diplomat Mike Pompeo in Brussels, where he reportedly warned that unless the international community cracks down on Hizbullah, Jerusalem will take matters into its own hands.

The premier has for months been sounding the alarm over Hizbullah’s construction—at the behest of its Iranian patron—of underground facilities capable of producing precision-guided missiles that can reach anywhere in Israel.

This comes amid reports that Tehran has started transferring weapons directly to its underling through Beirut, as opposed to via Syria where Israel has over the past two years conducted hundreds of aerial attacks targeting Iranian assets.

ARTICLE 3 –
Hizbullah’s Operational Plan to Invade the Galilee through Underground Tunnels
by Gen.Shimon Shapira for the JCPA.org, December 04, 2018

One of the main lessons Hizbullah learned from the Second Lebanon War in 2006 was the necessity of changing the aims of its next war with Israel. The new goals included building up its defensive capabilities and developing methods of attack that would allow Hizbullah to fight the war within Israeli territory. Hizbullah’s military commander, Imad Mughniyeh, led this process of integrating these lessons. He asserted that during the next war, Hizbullah would invade the northern Israeli Galilee region and conquer it. Hizbullah set its sights on regions which have topographical superiority in comparison to Israel’s inferior topographical positions near the border.

ARTICLE 4 –
US Urges Europe to Impose Sanctions on Iran Over Missiles
by The Associated Press for the NYTimes.com, December 04, 2018

The Trump administration is urging Europe to impose tough new sanctions on Iran over its ballistic missile program.

The call comes as Secretary of State Mike Pompeo is to meet European officials in Brussels this week and after the U.S. and others condemned an Iranian missile launch over the weekend.

Iran was also a topic of conversation when Pompeo met Israeli Prime Minister Benjamin Netanyahu in Brussels on Monday night.

ARTICLE 5 –
Iran using teams of hit squads to silence critics of its attempts to meddle in Iraqi politics, officials say
by Con Coughlin for Telegraph.co.uk, December 04, 2018

Iran is using teams of hit squads in Iraq to silence critics of Iranian attempts to meddle in Iraq’s new government, according to British security officials.

The hit squads are said to have been deployed on the orders of Qassem Suleimani, the commander of Iran’s Revolutionary Guards’ elite Quds Force, with the aim of intimidating Iraqi opponents of Iranian interference in Iraqi politics.

The hit squads were deployed after Iraqi general election in May, when Iranian attempts to establish a controlling influence over the new Iraqi government were stymied by the failure of Tehran-backed candidates to win sufficient votes.

The founding director of the European Coalition for Israel in Brussels, Tomas Sandell, announced in a shocking video message on Thursday that German Chancellor Angela Merkel waged a campaign to prevent central and eastern European countries from moving their capitals to Jerusalem to preserve the Iran nuclear deal.