President Reuven Rivlin on Monday called for a new agreement to be forged between Israel and Diaspora Jews that would put more emphasis on Israelis familiarizing themselves with Jewish communities around the world.

Speaking in Tel Aviv at the opening of the Jewish Federations of North America General Assembly, Rivlin said the fact that the annual event is held in Israel once every five years is an “important statement.”

But he added that Israel and world Jewry “need to talk, we have to talk, and we need to listen,” referring to growing divisions surrounding the Orthodox grip on institutions in the country.

A particular point of contention has been a long-delayed pluralistic plaza at the Western Wall, plans for which the government canceled amid mounting ultra-Orthodox pressure but has since resurrected in reduced form.

“It may not be easy to have a truly honest conversation, but this is, I believe, what needs to happen,” Rivlin said in his speech. “We cannot escape from returning to the table and re-discussing our disputes.”

The president praised a 1950 agreement signed by Israel’s first prime minister, David Ben Gurion, and by the president of the American Jewish Committee, Jacob Blaustein, which defined the relationship between Israel and US Jewry.

“The Blaustein-Ben Gurion agreement… cleverly captured the delicate balance between deep mutual responsibility and noninterference. We must cherish this principle,” he said.

“On the same note, it is time to update or formulate a new ‘Blaustein Ben-Gurion agreement,'” he said. “An agreement that meets the current realities and challenges.

“We need to create wider circles of awareness here in Israel. For many young Israeli Jews, being a Jew means being Israeli,” he said. “We must increase their exposure to your schools, camps and communities. They need to realize and feel that they have a family, a family they must take into account. 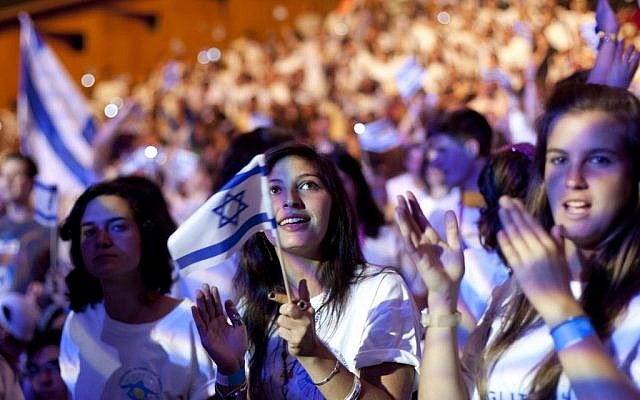 “I support the idea of creating a ‘Reverse Birthright’ trip for young Israelis, to get to know Jewish communities worldwide,” Rivlin declared, adding that such programs for Israeli opinion leaders were already underway.

The president also stressed the importance of Israel and Diaspora Jewry collaborating in creating partners in the developing world, citing a recent visit to Ethiopia in which he was joined by British Chief Rabbi Ephraim Mirvis and leaders of major Jewish organizations.

“This experience was powerful,” he said. “Israel, with its innovative capabilities, should strive to be a significant partner in dealing with global development goals. We can do this even better, together, with the Jewish people. I think the time is ripe for a joint Jewish fund, supporting innovations that promote development goals.

“We do well, but we can do much better, together.”