The anti-Israel Boycott, Divestment and Sanctions (BDS) movement has complexly failed in its mission to financially harm the Jewish state and has no impact whatsoever on its economy.

Israel’s Globes financial news reported last week that a study of the impact of BDS on the Israeli economy estimates the damage at 0.004 percent, while some companies even benefit from the boycott.

One Israeli business reported that BDS activists demonstrating in front of its store in London left after two days when the media lost interest. After they left, the number of buyers at the store was four times the number on an ordinary day. Local non-Jewish residents who support Israel came especially to buy at the store in order to demonstrate their sympathy for Israel, so BDS essentially created a boomerang effect.

Please join us for a special weekend at Ohev. Our Shaw Scholar-in-Residence this year is Edwin Black. Mr. Black is the award-winning, New York Times-bestselling international investigative author of 140 award-winning editions in 17 languages in 65 countries, as well as scores of newspaper and magazine articles in the leading publications of the United States, Europe and Israel.

Register online now to attend any or all of these events. We look forward to seeing you!

We will begin on Friday evening with Kabbalat Shabbat services followed by a delicious Shabbat dinner. Mr. Black will speak on this topic:

(JTA) — Australia’s prime minister is considering officially recognizing Jerusalem as the capital of Israel and moving the Australian Embassy there.

Israeli Prime Minister Benjamin Netanyahu said in a statement issued Monday night in Israel that he had thanked Scott Morrison for his remarks during a phone call.

Morrison also was set to announce that he will reconsider Australia’s support of the 2015 Iran nuclear deal and have his country’s United Nations ambassador vote against Palestine becoming the chair of the G77 group of developing nations, the Sydney Morning Herald reported. 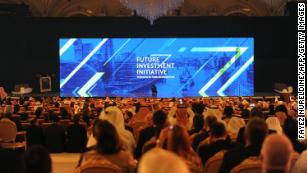 Ankara, Turkey (CNN) Saudi Arabia is preparing a report that will acknowledge that Saudi journalist Jamal Khashoggi’s death was the result of an interrogation that went wrong, one that was intended to lead to his abduction from Turkey, according to two sources.

One source says the report will likely conclude that the operation was carried out without clearance and transparency and that those involved will be held responsible.

One of the sources acknowledged that the report is still being prepared and cautioned that things could change.

The Washington Post columnist was last seen in public when he entered the Saudi consulate in Istanbul in Turkey on October 2. Previously, Saudi authorities had maintained Khashoggi left the consulate the same afternoon of his visit, but provided no evidence to support the claim.

Khashoggi’s fiancée, Hatice Cengiz, who was waiting outside the consulate, says she did not see him re-emerge.

The disappearance created a diplomatic rift between Saudi Arabia and the West. Amid the fallout, international firms pulled out of a high-profile investment summit, the Future Investment Initiative conference, due to take place later this month in Riyadh.

While Russian and Iranian-backed Bashar al-Assad’s regime is consolidating its grip on most areas once controlled by various rebel groups in Syria, Iran’s involvement and military footprints in the country have some experts and U.S. lawmakers concerned that Tehran might be in the process of establishing long-term presence in Syria in an effort to project regional power in the long term. 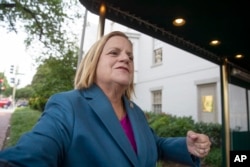 “These countries [Russia and Iran] are digging into Syria preparing for the long haul, and the implications for the U.S. interests and those of our partners are still coming into focus,” Republican Ileana Ros-Lehtinen of Florida, Chairman of the House Committee on Foreign Affairs, said during a recent congressional hearing on U.S policy in Syria.

Lehtinen added that U.S. needs a “coherent” and “comprehensive” strategy to prevent Iran’s growing influence in the region.

“After signing a deal for additional military cooperation with Assad last month, Iran is showing no signs of leaving Syria anytime soon. The U.S. needs a comprehensive and coherent strategy for Syria that rolls back Iranian influence in the Middle East,” she said.

ARTICLE 5 –
U.S. cracks down on transnational organized crime including Hezbollah
by Reuters Staff for Reuters, October 16, 2018

WASHINGTON (Reuters) – U.S. Attorney General Jeff Sessions on Monday said he had designated five groups, including Hezbollah and MS-13, as transnational criminal organizations to target with tougher investigations and prosecutions.