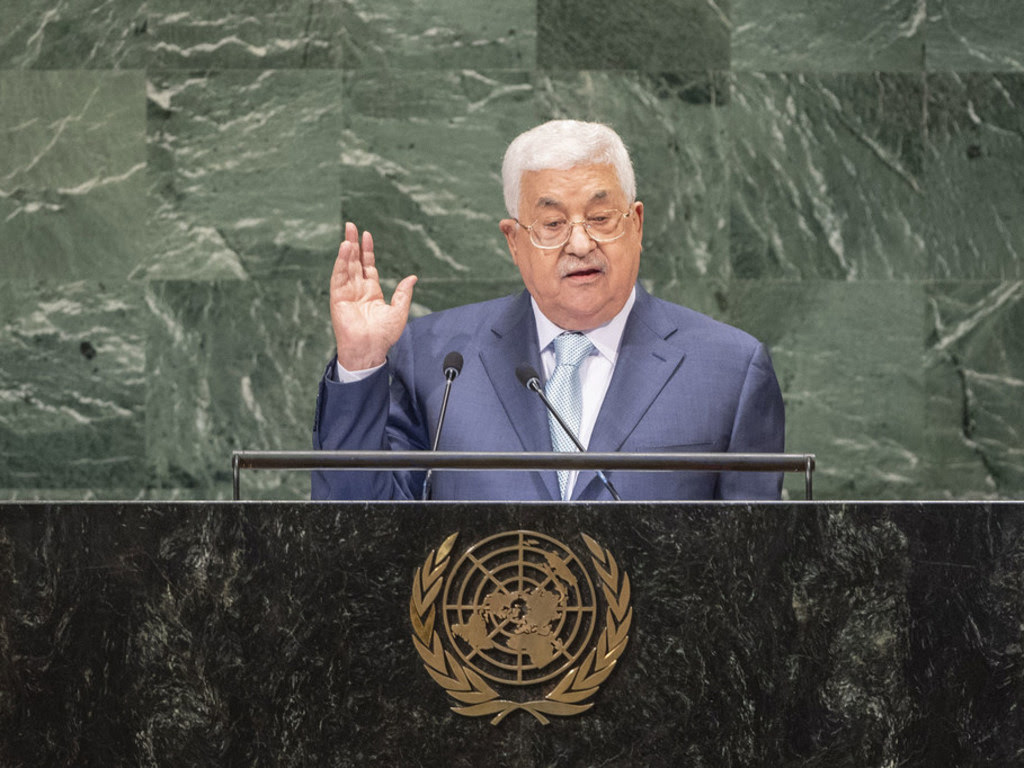 In the days before Palestinian Authority President Mahmoud Abbas delivered his speech at the UN General Assembly on September 27, his security forces were waging a massive crackdown on his critics and opponents in the West Bank, arresting more than 100 Palestinians. (UN Photo/Cia Pak)

The Palestinian Authority (PA) says it wants the international community to exert pressure on Israel to “halt violations against the Palestinians and international law.” The demand was relayed to members of a delegation from the European Parliament who met on October 8 in Ramallah with PA Prime Minister Rami Hamdallah. At the meeting, Hamdallah also renewed the PA's call for providing “international protection” for the Palestinians.

Hamdallah's appeal to the European Parliament representatives should be seen in the context of the PA leadership's ongoing campaign of lies and incitement against Israel. The appeal also smacks of hypocrisy and deceit.

Click here to read the remainder of this article on GatestoneInstitute.org.