“If your enemies are threatening to destroy you, believe them.” – Steven Emerson, InvestigativeProject.com

We feature today a recent message from the religious affairs advisor to Palestinian Authority President, Mahmoud Abbas. In light of the above quote, language like this should not be tolerated by the US and Israeli administrations. Click here to view the video and read the transcript.

ARTICLE 2 –
US backs ‘freedom of expression’ after Israel holds American ‘BDS supporter’
by Agencies and TOI staff for TimesofIsrael.com, October 11, 2018 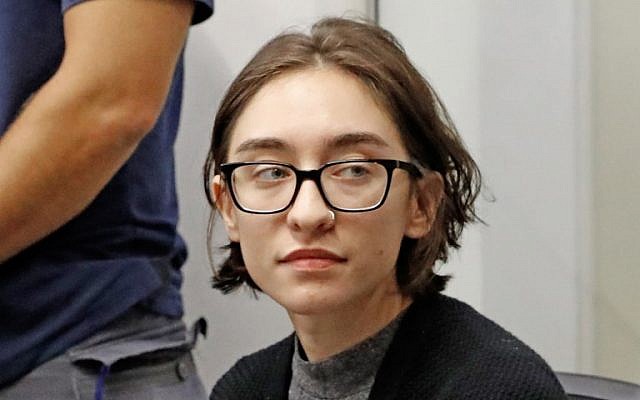 The comments appeared to be stronger than the previous US position on the case; State Department spokeswoman Heather Nauert said Tuesday that the government was aware of the matter, but “ultimately, it is up to the government of Israel to decide who it wants to let into the country.”

US student Lara Alqasem sits for a hearing at the Tel Aviv District Court on October 11, 2018. The student was refused entry for alleged support of a pro-Palestinian boycott-Israel group and has chosen to stay and fight the ban in court. Immigration authority spokeswoman Sabine Haddad said Lara was being held at an immigration facility but was not under arrest.

Alqasem, a 22-year-old US citizen with Palestinian grandparents, landed at Ben Gurion airport last Tuesday with a valid student visa to study in a masters program at the Hebrew University of Jerusalem. But she was barred from entering the country and ordered deported, based on suspicions she is a boycott supporter.

ARTICLE 3 –
Lara Alqasem: A pawn in the PR battle for and against BDS
by Amanda B. Dan for the TimesofIsrael.com, October 11, 2018 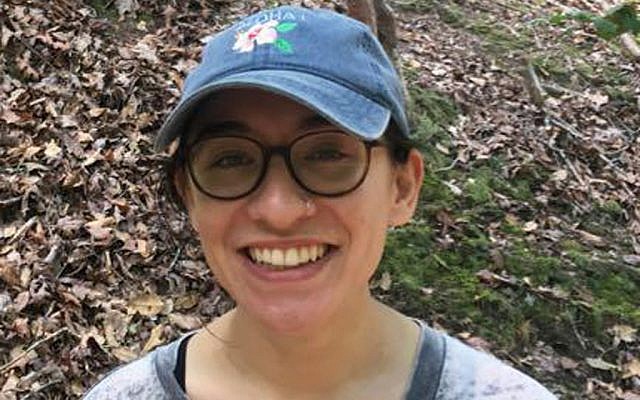 What if the detainment of 22-year-old American student Lara Alqasem was planned in advance by the international Boycott, Divestment and Sanctions movement as a publicity ploy? In this unlikely scenario, Alqasem, the deep-cover student is BDS bait, and the State of Israel reeled it in.

Continuing this thought experiment, could it not be that the would-be Hebrew University masters student — in Human Rights, no less — is nothing but a pawn (wittingly or not) in the echeloned tit-for-tat PR war between the anti-occupation, anti-Zionist global movement and the State of Israel?

whom it is forbidden to pay”
UN mistranslation:
“I pay tribute to all freedom loving countries and peoples

Was it done intentionally?

PA Chairman Mahmoud Abbas during his recent speech at the UN General Assembly spoke of the “pure Martyrs” and “heroic prisoners” – “who [Israel says] it is forbidden to pay.” The UN’s simultaneous translator ignored Abbas’ blatant glorification of terror and defense of paying salaries to terrorists by changing his words with a mistranslation! Compare the texts:

The parts that were changed are very significant. When Abbas said “I pay tribute to our pure Martyrs and our heroic prisoners,”he was paying tribute to imprisoned and killed terrorists, including hundreds of murderers of civilians. This was odious terror glorification from the podium of the UN.
Mistranslating this as if Abbas was paying tribute to “all freedom loving countries and peoples and our martyrs,” made his words sound benign.
When Abbas a few sentences later complained that it is “forbidden to pay” these terrorists – a reference to the PA’s policy of paying salaries to terrorists and the international community’s condemnation of this practice – the UN translator omitted the reference to the salaries altogether!

ARTICLE 5 –
How Palestinians Lie to Europeans
by Bassam Tawil for gatestoneinstitute.org, October 11, 2018 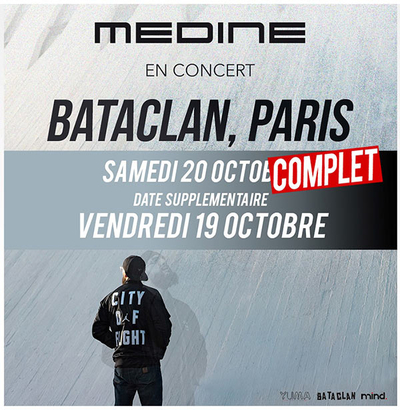 On Nov. 13, 2015, a series of Islamist terrorist attacks shook the city of Paris. One hundred thirty people were killed and hundreds others injured in coordinated shootings and a suicide bombing that hit the Bataclan concert hall, the Stade de France stadium, and several bars and restaurants, all in the name of the Islamic State.

In the three years since, the Bataclan, now owned by a Qatari group, has staged provocative performances that some argue are not only pro-Muslim, but pro-Islamist. In April, when the venue announced a concert set to feature controversial rapper Medine, who has been criticized for attacks on France’s secularism, many determined that enough had now become enough. Led by Patrick Jardin, the father of one of the 90 victims of the Bataclan killing, a group calling itself “100 patriots” called for a “patriotic protest” against the planned Oct. 19 event.

The movement proved effective: just barely a month before the scheduled event, the Bataclan and Medine announced that, in a “conciliatory spirit” and “respect” for the victims’ families, the concert would not take place. While some have called the cancellation an attack on free speech, others are celebrating what they view as the correct decision. Medine will still perform, the statement read, but at an alternative venue.

But despite this “conciliation,” the pattern of producing such controversial events at the Bataclan has many Parisians distressed. Even the date of Qatar’s purchase of the property has raised hackles: Sept. 11, 2015 – two months before the attack and “an extremely symbolic date,” Pierre Cassen, one of the protest organizers, observed.

“Curiously, those who are in charge of the hall feel oddly obliged to invite artists who at one point or another pay homage to the religion of the assassins – Islam,” said Cassen. “The first year, the singer Sting sang ‘Inshallah.'”

WASHINGTON — Since taking his post as Israel’s ambassador to the United States in 2013, Ron Dermer has refused to meet with J Street, a liberal Middle East advocacy group. He has likewise not engaged with other left-leaning Jewish groups often critical of the Netanyahu government.

Liberal Jewish activists told The Times of Israel that the envoy’s unwillingness to speak with them is further evidence of the splintering relations between Jerusalem and the American Diaspora, and the growing partisan divide over Israel in the United States.