The Unity Coalition for Israel (UCI) proudly presents an exclusive 6-part series entitled, A History of Jihad, featuring the brilliant research of Clare Lopez, Vice President for Research and Analysis at CenterForSecurityPolicy.org. Our first article, featured HERE today is, The Formidable Influence of Iran in Worldwide Jihad.

StandFirm VIDEO – Tuly Weisz of Israel365 interviews Ari Abramowitz and Amnon from Bat Ayin to discover how Israelis are planting trees to battle an illegal land-grab by Palestinian Arabs and the European Union.

Article 1 –
US departure from conventional wisdom
by Ambassador (ret.) Yoram Ettinger for THE ETTINGER REPORT, September 13, 2018
The evolution of President Trump’s stance on the Palestinian issue reflects extrication from conventional wisdom, which was embraced by his predecessors and the establishment of the State Department, academia and the media, while systematically crashed against the rocks of Middle East reality.

In contrast to his predecessors, Trump and his advisors – National Security Advisor John Bolton, Secretary of State Mike Pompeo, UN Ambassador Nikki Haley, Special Emissary Jason Greenblatt and Ambassador David Friedman – have concluded that the bolstering of US national security, morality and common sense behooves the US to take a realistic – and not an artificially neutral – position on the Palestinian-Israeli conflict.  Moral equivalence has not advanced national security.

The timing of the official release of President Trump’s policy – the eve of the September 11 memorial of the 3,000 fatalities and 6,000 injured – underlines the awareness that advancing national and homeland security mandates a clear differentiation between entities which combat terrorism systematically and effectively (e.g. the US and Israel), on the one hand, and those who produce, train, educate and incite terrorists (e.g. the Palestinian leadership, Iran’s Ayatollahs and other Islamic regimes), on the other hand.

Unlike his predecessor at the White House, Trump and his advisors realize that the restoration of the US’ posture of deterrence is a precondition to the enhancement of the US’ national and homeland security, requiring the fending off – and not succumbing to – pressure, threats and terrorism. Hence, the disavowal of the self-defeating 2015 Iran Deal, the recognition of Jerusalem as the capital of the Jewish State and the restructuring of US policy on the Palestinian issue. 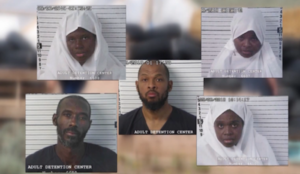 It is good to see the feds get one right for a change, and correct the outrageous mishandling of this case by New Mexico authorities.

Article 3 –
Charity and Security Network: Useful Idiots or Advocates for Hate?
by Sam Westrop for the MIDDLE EAST FORUM, September 11, 2018
Following a July 11 hearing on the question of Islamism, conducted by the House Oversight Committee’s National Security Subcommittee, a legal advocacy organization named the Charity and Security Network (CSN) published two articles denouncing the evidence presented, accusing “Isamophobic [sic] groups” of spreading “misinformation.” It then wrote to the National Security Subcommittee, arguing that the hearing “consisted primarily of innuendo based on loose chains of association and ideology or political opinion.”

While CSN spent some time attacking Zuhdi Jasser, a prominent Muslim reformist, the bulk of its ire was directed at the Middle East Forum and a recent report we published on the enormous international charitable franchise, Islamic Relief. Our research — which was cited numerous times during the Subcommittee’s hearing — found detailed evidence of Islamic Relief’s financial connections to terror-linked groups in the Middle East, violently anti-Semitic rhetoric expressed by senior Islamic Relief staff in America, and Islamic Relief branches’ regular promotion of dozens of hardline Salafi preachers across Europe and North America, who have incited hatred towards Jews, homosexuals, and other minorities.

CSN chose to ignore these facts, and instead decided to recommend Islamic Relief’s distortions, before accusing the Middle East Forum (without any evidence offered) of having “a history of making sweeping generalizations and mischaracterizations about Muslim charities.” 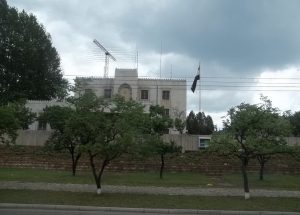 EXECUTIVE SUMMARY: Iran and North Korea are faced with similar challenges posed by the US, particularly since the summit between North Korean leader Kim Jung-un and President Trump. The recent visit of the North Korean foreign minister to Tehran might presage an attempt to covertly retain and transfer cardinal North Korean nuclear and ballistic assets to Iran.

Not long after the US reimposed sanctions on Iran, North Korea’s foreign minister, Ri Yong-ho, arrived in Tehran. The visit took place in the midst of faltering talks between Pyongyang and Washington over fulfilling the goal of denuclearizing the Korean peninsula. Ri traveled to Tehran after attending a security forum in Singapore where he and US Secretary of State Mike Pompeo sparred over an agreement made at June’s landmark summit between Trump and Kim Jong-un.

On his visit to Tehran, Ri met first with Foreign Minister Muhammad Javad Zarif, who said the two countries “expressed satisfaction with existing bilateral relations and called for further expansion of ties.” He added, vaguely, that they had “discussed the latest regional and international developments, as well as issues of mutual interest.” Ri then met with Iranian President Hassan Rouhani and briefed him on the ongoing talks between the DPRK and the US. He was quoted as saying that his country’s strategic policy advocates a widening of ties with Iran and a confrontation of unilateralism. Ri described the US withdrawal from the nuclear deal with Iran as a contravention of international regulations.

Rouhani said the US, which seeks a deal to rein in Pyongyang’s nuclear and missile programs, cannot be trusted. “In the current situation, friendly countries should develop their relations and cooperation in [the] international community,” he said, adding that Tehran and Pyongyang have “always had close views” on many issues.

A third meeting took place between Ri and Iranian Parliament Speaker Ali Larijani. Noting the longstanding ties between the Islamic Republic and the besieged DPRK, Ri highlighted Pyongyang’s satisfaction with the resilient and longstanding friendship between the two states. “We are very content with developing relations between Iran and North Korea,” he said, “while we are both experiencing similar problems under US sanctions. Dealing with Americans is difficult, and as our main goal is total disarmament of the whole Korean Peninsula, it is necessary that the Americans also abide by their commitments, but they refuse to do so. Although [Pyongyang] has agreed on disarmament to deliver on its commitments in negotiations with US, we will preserve our nuclear science as we know that the Americans will not abandon their hostility toward us.”

The two countries have the backing of China and Russia, but they rely on each other and act as one entity in several respects. In view of the political and economic pressures they both face at present, as well as the difficulties resulting from prohibitions on military technologies, they view certain key components of their resources as common assets. The two countries are seeking an optimal way to classify, pool, and protect those common assets. Kenneth L. Marcus, assistant secretary of education for civil rights in President Trump’s Administration, on August 27 sent a letter to the Zionist Organization of America saying he plans to reverse an Obama administration 2014 decision and investigate anti-Semitic acts carried out at Rutgers University that included “denying the Jewish people the right to self-determination” by “claiming that the existence of a State of Israel is a racist endeavor,” and by “applying double standards by requiring of” Israel “a behavior not expected or demanded of any other democratic nation,” the NY Times reported on Tuesday.

A spokeswoman for the Education Department issued a statement saying that although its Office for Civil Rights “aggressively enforces” civil rights law, “which prohibits discrimination on the basis of race, ethnicity or national origin,” and that Education Secretary Betsy DeVos “has made clear that OCR will look at the specific facts of each case and make determinations accordingly.”

“The facts in this case, many of which were disregarded by the previous administration, are troubling,” the DOE statement said.