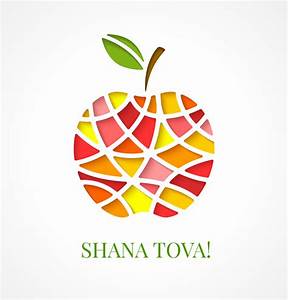 HAPPY ROSH HASHANAH!
UCI sends its Greetings for a Safe Celebration as Israel Rings in the New Year!

Article 1 –
INTO THE FRAY: APPEAL to CAROLINE GLICK TO RETHINK ONE-STATE IDEA
by Martin Sherman for the ISRAEL INSTITUTE FOR STRATEGIC STUDIES (IISS), September 07, 2018
Glick’s prescription  for a “A One-State Plan for Peace in the Middle East” will jeopardize the Zionist enterprise no less than the two-state paradigm, which she rightly repudiates with great force and eloquence.As far as we are concerned, Ahmad is a hero and a martyr – Ali Mahameed at the funeral of his relative, Ahmed Muhammad Mahameed, the Israeli-Arab killed in a recent attempted terror attack, Ynetnews, Aug. 21, 2018.

Events of the past weeks have highlighted the incipient disloyalty—or at least the evident passive lack of loyalty—of significant sectors of the Israeli-Arab population to Israel as the nation-state of the Jewish people, and a clear rejection of the fundamental precepts on which the State of Israel was founded.

It also cast grave doubts on the feasibility—and advisability—of most of the currently touted “Right” -wing proposals for the extension of Israeli sovereignty over Judea-Samaria.

A catalog of repudiation of Jewish sovereignty

Following the racist cacophony of the Israeli-Arabs in the wake of the legislation of the Nationality Bill in July, denying the Jewish people the right to a sovereign nation-state (despite the constitutional assurance of civil equality for non-Jewish minorities), a series of several other disturbing events took place.

In the coastal Arab village of Jisr-al-Zarka, about 40 km south of Haifa, two incidents of assault on state symbols by local residents took place. The one involved shots being fired in early August on the police station in the village, recently established as part of a wider initiative to bolster enforcement of law and order in the largely lawless Arab sector. The other entailed an attempt, on August 15, by two other residents to remove the Israeli flag flying over the station.

Article 2 –
Terror in Jerusalem: Cars & Buses Attacked with stones on the Mount of Olives
by Avi Abelow for ISRAELUNWIRED, September 07, 2018
As we prepare for the Jewish New Year celebrations, Jerusalem Muslims are stepping up their terror in Jerusalem by throwing stones at buses and cars. Unfortunately, this happens all the time, but does not get reported in the news.

Arabs continue a series of terrorist attacks throughout Jerusalem, our capital. In recent days Arabs have been attacking private cars, transport vehicles and buses on the Mount of Olives. During the past week, every day there were stone attacks in the area.

Arabs from the Ras al-Amud neighborhood, on the Mount of Olives, attacked Jewish vehicles traveling around the Mount of Olives. Miraculously there were no casualties but the Arabs succeeded in smashing the windows of some of the cars and buses they stoned.

An Arab was lightly injured after being hit by a stone thrown at him while he was doing exercise. He was evacuated to the hospital. It is not clear if the stone throwers thought he was a Jew and was hit because of “mistaken identity” or if they hit him by accident.

In the a-Tur neighborhood, Arabs continue to damage the security infrastructure. Tonight Arabs fired fireworks at a police security camera to damage it.

In the vicinity of our capital, Jerusalem, in the area of Nahal Kfira, Arabs attacked our forces with stones. The security forces dispersed the Arabs by means of riot control measures.

Article 3 –
Germany to boost funding to UNRWA as US pulls back
by the Times of Israel staff for the TIMES OF ISRAEL, September 07, 2018

Germany said Friday it would boost funding to the beleaguered UN agency for Palestinian refugees, and called for an international effort to sustain the aid body.

Berlin’s announcement comes amid deep US cuts to funds it provides to the UN’s Relief and Works Agency for Palestine Refugees (UNRWA), and with reports proliferating that Washington has decided to halt support altogether. Early this year, the White House announced it was cutting its annual funding by $300 million.

“The loss of this organization could unleash an uncontrollable chain reaction,” German Foreign Minister Heiko Maas said, according to Reuters. “We are currently preparing to provide an additional amount of significant funds.”

He did not say what amount those funds would come to, though he noted it would certainly not be enough to cover the deficit left by the US pullout.

To the ire of Israeli officials, Paraguay will move its embassy out of Jerusalem and back to Tel Aviv. It’s a significant victory for the Palestinians.The move is a major blow to Prime Minister Benjamin Netanyahu’s drive for international recognition of Jerusalem as Israel’s capital; Paraguay was one of two countries to move its embassy following the US decision to recognize the city as the capital and move its own embassy in May.

In response to the reversal, Israel angrily announced that it was closing its embassy in Paraguay, saying Asuncion’s decision cast a cloud over bilateral relations.

Article 5 –
An Israeli Inventor Who Invented a Surgical Tool to Save His Own Life
by JerusalemOnline Editor for JERUSALEMONLINE, September 07, 2018
Yaron was 26 when his motorcycle crashed in 1993 and he was rushed to the hospital. While he was undergoing an MRI to verify the damage, doctors discovered a tumor in the middle of his brain.“Avi, you will survive,” the doctors said. “But you need immediate surgery that will probably leave you disabled, paralyzed, cognitive dysfunction, and epilepsy.

Yaron, who was at the time a student of electrical engineering, was defeated. “Before that, I was in good health, I was active, I had a lot of life,” he says. “I refused surgery. I don’t know if it was intuition or pure denial, but that decision saved my life.

He began to research about his condition. He studied chemistry and anatomy. He investigated what technologies were available and interviewed doctors all over the world: in Israel, Europe and the United States.

He finally found a doctor in New York who would remove the tumor. “I felt an incredible sense of victory,” he says. “I had defeated the tumor!

But the doctor failed to remove it completely, and the tumor began to grow again. There was nothing else I could do: The existing endoscopes (the surgical tool used to guide doctors in minimally invasive surgeries) lacked the required 3D depth perception.