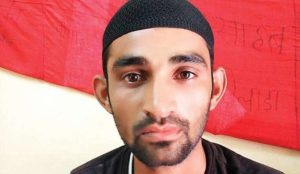 That Islam is a merit/demerit based religion is beyond question. One’s eternal destiny hinges (as far as any human actions can sway the will of Allah) on how well or poorly one obeys the divine commands, now conveniently gathered in what is known as Shari’ah law (in one approved version or another). The goal of Muslims is to stack up as many “merit points” as possible while avoiding the demerits that accrue from disobedience to Allah. At the Day of Judgment Allah will use a pan balance to weigh the totality of one’s good deeds against his bad deeds. Although Allah in his sovereign freedom is not obligated to follow the results, the Muslim hope is that he will have accrued enough good over evil to sway Allah’s judgment toward Paradise rather than hellfire.

One doesn’t need to read much in Islamic literature to see the obsession with reward and punishment based on deeds. Many scholars and hadith traditions weigh in on the specific rewards (in quality and quantity associated with particular good deeds or intentions. For example:

There are thousands of such incentives sprinkled throughout Muslim religious texts, and they are taken seriously by the pious Muslim who fears the unquenchable fires of hell and is troubled by the doubts of having done enough good works to qualify for paradise. It is a bit comforting to know that Allah has his finger on the scales, so to speak, multiplying one’s good deeds while counting bad deeds only as single events. However, in works-righteousness salvation systems, one never has ultimate assurance of making the grade, and adherents often remain plagued with fears of eternal punishment.

For this reason, the month of Ramadan is all the more important to Muslims, for according to Muhammad, Allah takes the “normal” rewards associated with meritorious actions at other times of the year and multiplies them 70-fold if they are done during Ramadan. This increased incentive leads to extra attention to the mandatory prayers as well as voluntary evening prayers in the mosque, to hearing and reciting the Qur’an, to giving mandatory alms and then some, and of course to an increase of jihad attacks against the infidel world (the greatest act of devotion in Allah’s eyes). Muslims hope that their devotion during this month will wipe out all their sins and accrue new heights of heavenly reward for their future.

And yet, there remains a nagging uncertainty that they have pleased Allah sufficiently; left with no assurance of their positive stature with him, many try to show him their devotion in extreme ways — giving up their wealth, giving up their lives by “killing and being killed in the way of Allah”  (see Sura 9:111, where Allah assures the jihadi of paradise in exchange for the jihadi’s promise to “go out in a blaze of glory for Islam”), or sacrificing whatever else is most precious to them in life.

This mindset helps explain the horrific actions of one Indian Muslim man early last Friday morning. Nawab Ali Qureshi, a 26 year-old husband and father in Jodhpur, India, had retired to bed with his wife and two young daughters before rising shortly after midnight, waking his four-year old daughter Rizwana and taking her downstairs to the courtyard where he recited some verses from the Qur’an and then slit her throat. Leaving her to bleed out, he then went upstairs to sleep again before waking to eat his pre-fast meal of the day.  His wife, Shabana, awoke around 3 am and went downstairs, presumably to begin preparing her husband’s suhoor meal before the day’s fasting would begin, and she came upon her daughter’s lifeless body. When she frantically roused her husband, he played dumb, suggesting that perhaps the cat had dragged her downstairs and clawed her throat open. Shabana called the police and filed a criminal report, after which the authorities quickly suspected the father as the perpetrator.

When Qureshi confessed, he explained that his fear of the wrath of Allah led him to seek divine appeasement by sacrificing that which was most precious to him: “I had to offer my most prized possession to Allah,” he told police. “I am a devout Muslim and love my daughter more than my life.” But Allah is a hard master to satisfy. Qureshi thought that if he offered the jewel of his life, his young and innocent daughter, that would demonstrate to Allah his ultimate devotion and submission.

Now, to be fair, Islam does not condone child sacrifice — in fact, Muhammad was instrumental in stamping out female infanticide on the Arabian peninsula. And yet, the taking of life is not an unusual thing within Islam — honor killings, death to apostates, the beheading of infidels, the lionization of martyrdom all contribute to the notion that human life in and of itself is not highly valued.

When you mix that with a legalistic approach to seeking God’s approval, one which drives you to extreme efforts to demonstrate your devotion, and you add to that mix some mental imbalance, you end up with a Nawab Ali Qureshi, who does the unthinkable, barbarically slaughtering his daughter in a quest to appease the Allah of Islam.

There is no question that at some level Qureshi knew his actions were wrong. His kills his daughter at night, as everyone else is asleep. When confronted with his daughter’s corpse, he blames a cat. When he finally confesses, he explains that to appease Allah this “sacrificial offering” was necessary. Later on, he adds that he felt as if Satan had overtaken him in the act of murder.

So, which is it? Was his “sacrificial offering” prompted by Allah’s demands, or by Satan’s machinations? How could Qureshi confuse the inner promptings so grievously, unable to tell the difference between Allah and the devil? Well, as it turns out, he is no better than his prophet, Muhammad, who at least once mistook the whisperings of Satan for the voice of Allah as mediated through the angel Jibril. If Islam’s prophet could be so easily fooled, who can blame one of his frail followers?