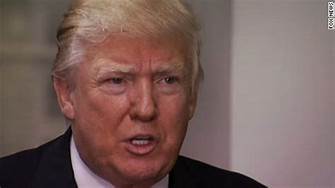 President Trump announced Wednesday the United States is formally recognizing Jerusalem as the capital of Israel, and is instructing the State Department to begin the process of moving the U.S. Embassy from Tel Aviv to Jerusalem.

“I have determined that it is time to officially recognize Jerusalem as the capital of Israel,” Trump said in his speech.

Like presidents before him, Trump expressed his support for Israel during his presidential campaign and said the embassy should be moved to “the eternal capital for the Jewish people, Jerusalem.”

However, several Muslim groups and nations have expressed concern over the possible recognition of Jerusalem as Israel’s capital. Turkish President Recep Tayyip Erdogan warned that moving the capital is a “red line” for Muslims and such an action would result in Turkey severing its diplomatic ties with Israel.

The embassy move is expected to take a minimum of three or four years, U.S. officials said.

Already under construction is a new U.S. “consulate annex” in Jerusalem, which is believed to be more secure than the current embassy in Tel Aviv. Although senior administration officials said there was no facility currently ready for personnel to move into.

But in the meantime, Trump will reportedly sign, and will continue to sign, the 6-month waiver to the Jerusalem Embassy Act. That act essentially allows presidents to sign continuous waivers to stall the relocation of the embassy and will prevent significant cuts to State Department funding.

Read on to find out why the decision is so contentious — and why it hasn’t been accomplished yet.

The international community, and until recently including the U.S., largely does not recognize Jerusalem as the capital of Israel as it is claimed by both Palestinians and Israelis. Like other countries, the U.S. keeps its embassy in Tel Aviv, approximately an hour away.

The U.S. moving its embassy, it could cause “significant harm to the U.S. credibility as a mediator” for peace talks between Israelis and Palestinians, said Dylan Williams, vice president of government affairs for J Street, a left-leaning pro-Israel advocacy organization.

Williams added that the move could “undermine confidence” from Palestinians and Arab countries that the U.S. would remain an impartial negotiator in efforts to create peace in the Middle East.

“It shouldn’t be moved prior to agreement by the parties to the conflict as part of a comprehensive agreement ending their conflict,” Williams, J Street’s chief lobbyist, told Fox News.

Williams added that such a move could also turn deadly.

“Even seemingly minor changes of Jerusalem’s status quo — either in fact or in law — have historically had the impact of sparking violence,” Williams said.

Millions of evangelical eyes were on Trump, waiting to see if he would keep his campaign promise to move the embassy, longtime Pastor John Hagee told Fox News ahead of the president's official announcement.

“I can assure you that 60 million evangelicals are watching this promise closely because if President Trump moves the embassy into Jerusalem, he will historically step into immortality,” Hagee said. “He will be remembered for thousands of years for his act of courage to treat Israel like we already treat other nations.”

“If he does not, he will be remembered as just another president who made a promise he failed to keep which would generate massive disappointment in that strong evangelical base that went to vote for him against Hillary Clinton,” he added.

Hagee is the founder and senior pastor of Cornerstone Church, a megachurch in San Antonio, Texas. He founded the nonprofit Christians United for Israel in 2006 as well.

Morton Klein, president of the nonprofit Zionist Organization of America, also hoped Trump would move the embassy soon and dismissed the idea that its relocation could negatively influence peace talks.

“It should be moved because we have to once and for all end this propaganda myth that Jerusalem is holy for Muslims,” Klein told Fox News.

Klein said he has advised the Trump administration when it comes to Israeli affairs.

United Nations Ambassador Nikki Haley also expressed her support for a Jerusalem capital during an interview with CBN in May, pointing to other government operations that operate in the city.

“Obviously, I believe that the capital should be Jerusalem and the embassy should be moved to Jerusalem because … all their government is in Jerusalem,” Haley said. “So much of what goes on is in Jerusalem, and I think we have to see that for what it is.”

A March 2016 Gallup poll found that the majority of Americans didn’t express an opinion when asked if the U.S. embassy should move from Tel Aviv to Jerusalem. But of those who did have an opinion, Americans were split with 24 percent supporting a move and 20 percent disagreeing with relocation.

Trump isn’t the only president to declare his intentions to move the U.S. embassy; both former Presidents Bill Clinton and George W. Bush also pledged to move the embassy — only to abandon the idea once in the White House.

Klein was “fully confident” that Trump would break that nearly 20-year tradition and keep his promise to move the embassy.

But Williams had dismissed the campaign promise as just “pandering to a right-wing minority of the pro-Israel and Jewish communities that so far has yet to be acted upon because elected officials recognize the danger to Israel of following through on it.”